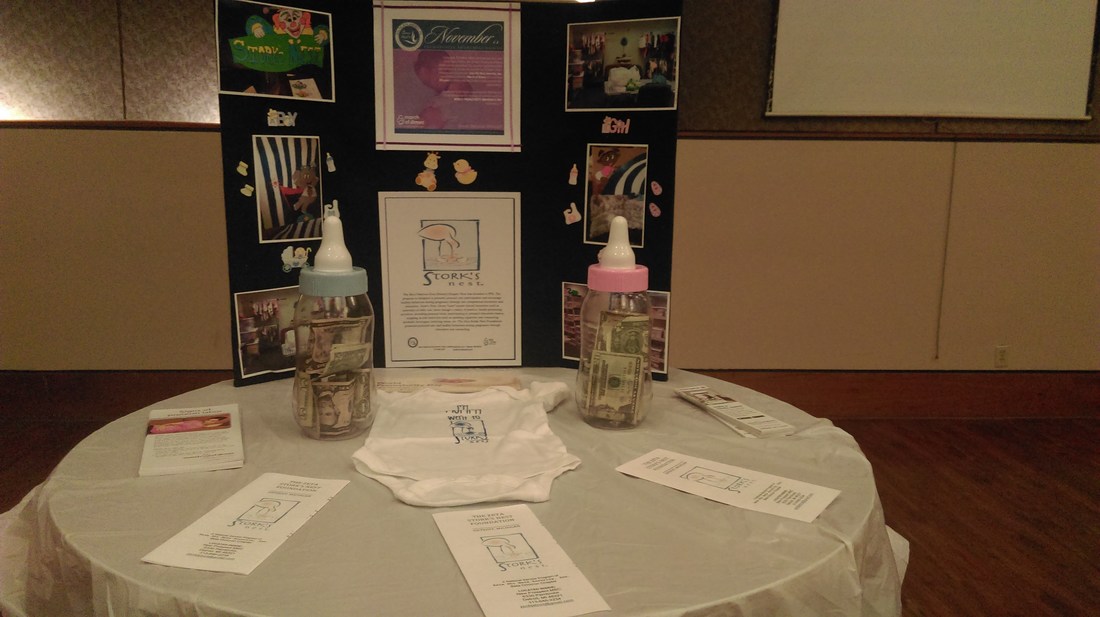 Our National History
A cooperative project of Zeta Phi Beta Sorority, Inc. and the March of Dimes Foundation, for more than forty years, Stork’s Nest aims to increase the number of women receiving early and regular prenatal care in an effort to prevent cases of low birth-weight, premature births and infant deaths. The first Stork’s Nest was launched in Atlanta, Georgia in 1971 as one of many educational and service projects of Better Infant Births (BIB), a highly successful program sponsored by the Fulton-Dekalb-Clayton Chapter of the March of Dimes. The program was so successful that Zeta Phi Beta Sorority, Inc. adopted Stork’s Nest in 1972 as its national project. The first Nest to open after it was adopted as Zeta’s national project was in Houston, Texas. Stork’s Nest is a jointly owned trademark of Zeta Phi Beta Sorority, Inc. and March of Dimes Foundation and can only be implemented by these two organizations.

Our Local History
The Beta Omicron Zeta Chapter Stork’s Nest and Clothes Closet was established March 14, 1976.   Soror Loma Pointer and Soror Theresa Dixon the “Nest”  was organized to serve low income expectant mothers.  Because of their hard work and dedication to this charitable mission; the “Nest” became a 501c3 nonprofit company known as the Zeta Storks Nest Foundation.

The Zeta Stork’s Nest Foundation of Detroit held parenting classes, pre-natal education workshops and offered baby clothing for newborns and layettes for premature births.  The Detroit Stork’s Nest is one of the oldest programs operating today.

Our Nest and Volunteers